A little taste of what to expect!!

We have just launched a brand new page over at www.josephrossbach.com! The Weekly and sometimes daily Photo Tips page. These photo tips are written tutorials with illustrations and video podcasts of software training and lectures on photo techniques. Make sure to visit the page and add the website to your RSS feed so you can stay informed when new tips and videos are added!   http://www.josephrossbach.com/page9463.html

For years I have been attracted to this old snag in Shenandoah National Park and for years the light and clouds never worked out for me. On my last trip into the park on the last day of the workshop, I took the group down to this spot. As the sun rose it illuminated the underside of the clouds floating by. I shot at f22 to get the sunstar and used a 2 stop ND grad to open up some additional detail in the mountains. I cropped this shot to 4:5 ratio to remove the empty space on the right of the composition and better balance the photo.

I will now be writing a monthly “Photo Tips” column for Photo Techniques Magazine. My first column, “Use Power Shapes and Lines
for Dynamic Compositions” is now on-line on the Magazines website.

I have been going through some old file from this past summer and seeing if there is anything I might have overlooked when originally processing each batch. This is daunting, although really fun task. It seems that I managed to shoot roughly 10,000 images from May – September this past year and there are actually quite a few gems hidden in the bunch.

I finally finished putting my presentation for the Wilmington International Photography Awards together around 10pm and still was not ready to hit the hay, so I went mining through the old files. I found this image of Glacier Falls from Rocky Mountain National Park late last night.  I made this shot about 15 minutes after sunset on the way back from a hike I did to Jem Lake. The light was very low and I exposed the shot for 45 seconds at f14. This properly exposed the water, but left much of the forest and underneath of the rocks in deep shadow. Knowing that if I increased the exposure to bring out the detail in the dark areas,  I would blow out the water. So I took a second shot at 80 seconds and then tonemapped both images in Photomatix. This did a great job of bringing out all of the details in the dark areas and really bring the forest to life, but the water looked really funky. I loaded the tonemapped file into Photoshop and made all of the color, tone and saturation adjustments to really bring the image to life. The next step was to deal with the water, so I went back into Lightroom and worked on the original RAW file to get the water to where I wanted it to be and then brought it into Photoshop as well. Using this image as the base layer, I held down the shift key and drug the tonemapped image over the original file. This perfectly lined up each shot. I then choose a very soft brush and set the opacity to around 60% and began painting over the water to reveal the original detail in the RAW file. It was important to bring the image up to 100% at times and vary the size of the brush and opacity to get a seamless blend. Here is the final result. 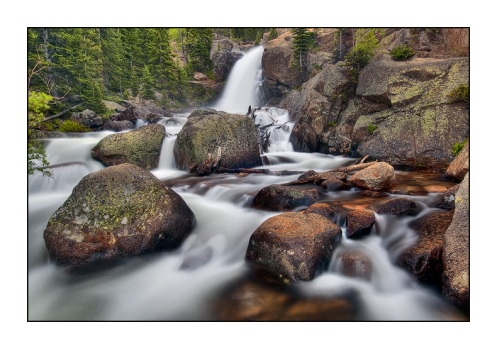 Annapolis One Day HDR Workshop and some other stuff

What a busy week! We have been juggling planning the Meadowlark Expo, a big submission of images for next months Photo Techniques Magazine (I am the featured artist and 9 limited edition prints will be available to order through the magazine and their website), getting a presentation put together for next weeks lecture at the South Jersey Camera Club and our one day workshop in Downtown Annapolis. We had a big group of 16 students on the workshop and I would like to extend a big thanks to Karen Messick  for her help in assisting for the day. Karen was absolutely wonderful and did a superb job of helping the clients in the field and classroom. Not an easy task as cold as it was yesterday morning, frigid.

Here are few images I made during the morning shoot. I was too busy jumping back and forth between students to really concentrate on any of the images, so please go easy on me. Joe 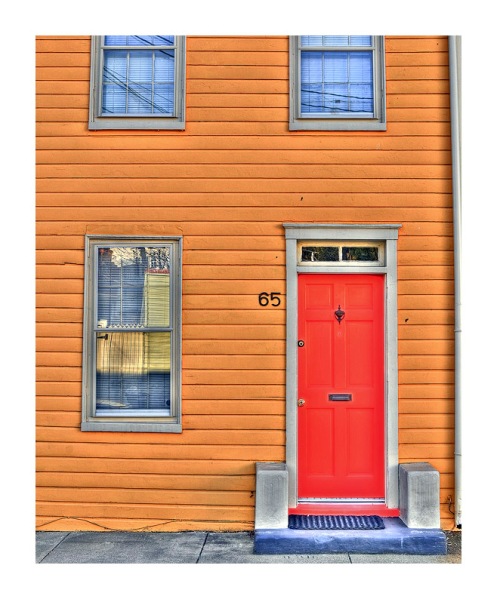 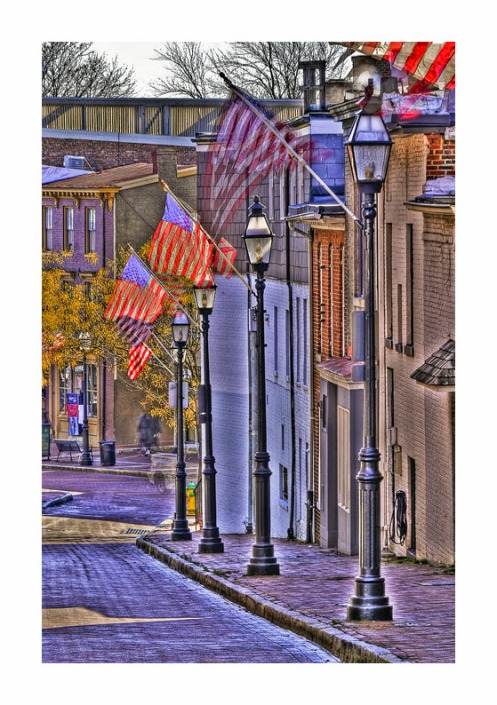 In Color or Black & White! 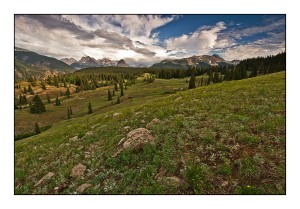 You’ll notice that by tweaking the separate color channels, I have been able to pull out a very dramatic Black and white image of this scene from the San Juan Mountains in Colorado. Here is the final result after some more contrast adjustments and dodging and burning.